Kickboxing is a sport that has been around for decades. It involves using only the hands and feet to strike an opponent, which can be incredibly intense. 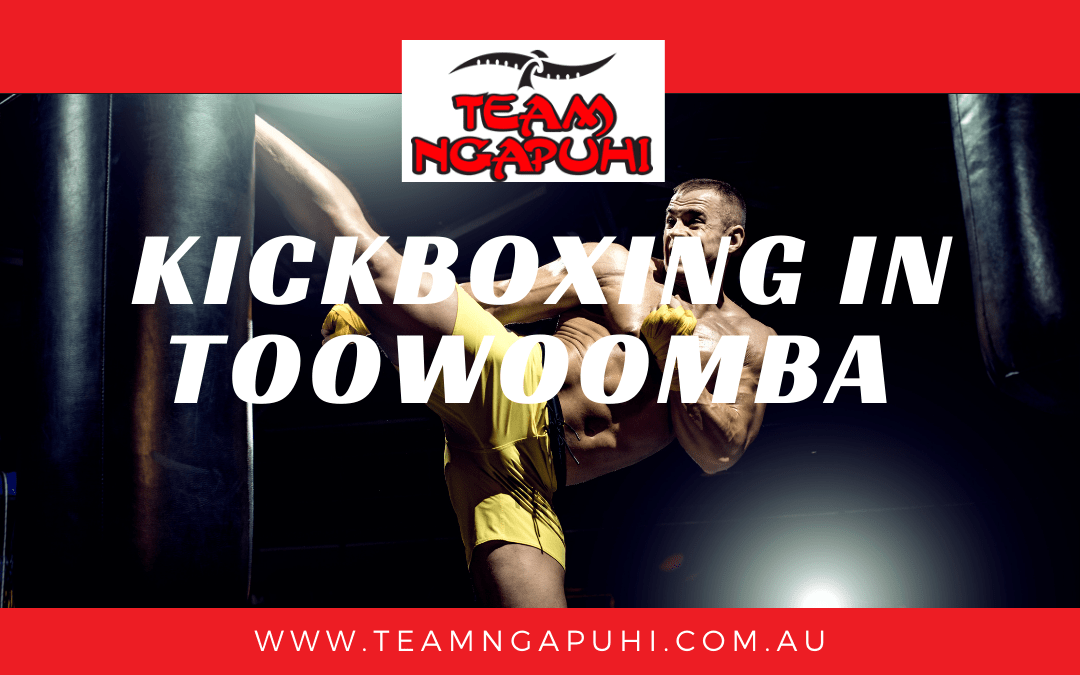 This page explains what kickboxing is and how it works so people in Toowoomba can decide if they want to try it out for themselves. As a start we have listed some kickboxing kicks, what they are and how to do them.

Low kicks are one of the most important techniques in kickboxing. They are powerful and effective because they can be used to weaken your opponent’s legs and stop them from moving around as much.

To do low kicks, you should get into a fighting stance by putting your weight on one leg and slightly bending that knee; then turn your hips sideways towards the target (or away from if blocked).  Hold the front hand next to face for protection and step forward with back leg while turning hips so they point at target  Bend front knee more

Hook kicks are an incredibly versatile tool in the arsenal of any fighter. They can be used to attack your opponent’s body or head and they give you more reach compared with other attacks .

To execute this move successfully, make sure your hands are up and close together in front of your face with elbows pointing down. Bring one leg back and swing it forward with all the force you can muster while simultaneously turning on your heel so both feet end up pointed at each other.

Lead kicks are more versatile than other types of kicks because they can be used both on the inside and outside of your opponent’s range. They’re great for keeping an opponent at bay or pushing them back so that they don’t have time to counterattack as effectively as they might otherwise be able to.

To do a lead kick, ensure you have enough space to kick your opponent and that you are in your fighting stance. Then lift your front knee upward (just rib high) Next aim for their head before extending your legs so you can hit your opponent.

Back kicks are a very effective move to use in kickboxing. They not only look cool but they also pack a punch and leave your opponent dazed for a short amount of time, giving you the perfect opportunity to follow up with another attack

To do a back kick make sure that your hands are up and you’re in your fighting stance. Next, pivot your front foot about 90 degrees. Third aim for their thigh or rib. Finally, strike them with your kick in that spot

Body kicks are very effective   in making your opponent winded or even knocked out. Many kickboxers use this kick because it can be very powerful. Not just that, but because it  is also easy to learn.

You have just learned some basic moves in kickboxing, so now you are prepared to join a class near you in Toowoomba. Come and visit the gym to learn respect, discipline and self defence. To join us click here