Muay Thai is a martial art and combat sport with origins in Thailand.  It’s essentially like kickboxing, but it incorporates knees and elbows as well. It uses stand-up striking techniques along with various clinching techniques and moves. 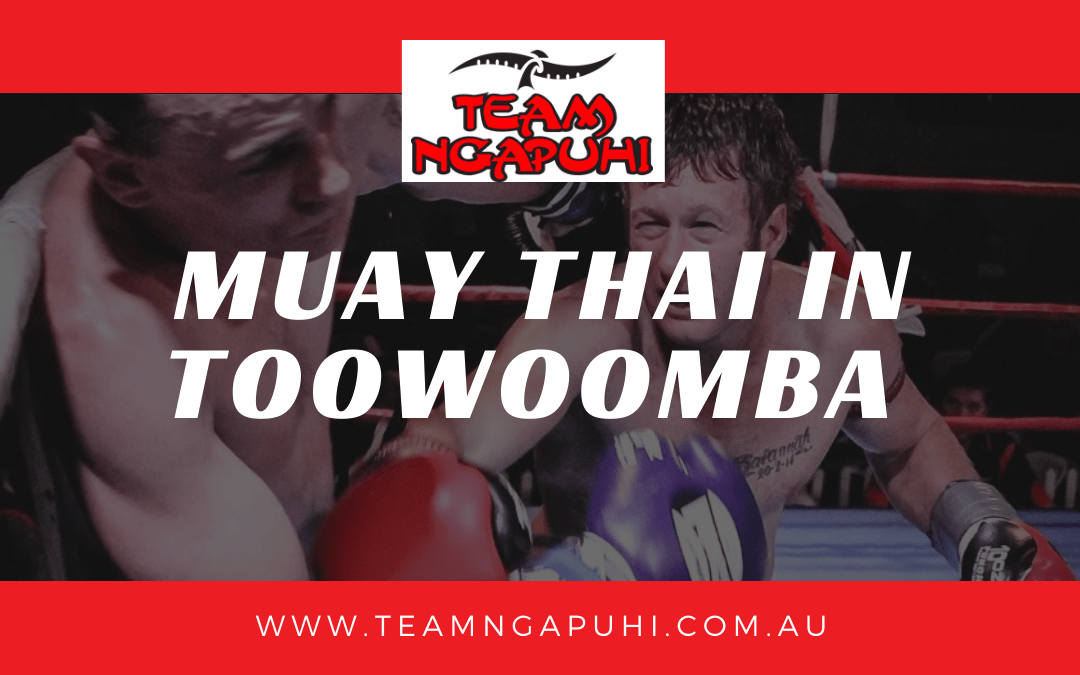 Muay Thai can be practised as both an amateur or professional sport worldwide. The term “Muay” means to strike while “Thai” which is pronounced “Tai”, means freehand. This form of martial arts was developed by Buddhist Monks who wanted to train their bodies for self-defence so they could avoid being persecuted during periods of war.

Muay Thai is a great source of physical exercise and stress relief, as well as an incredible way to make friends in Toowoomba; and not just that you learn how to protect yourself, too.  It can also help you learn more about yourself and your limits. I’m not going to lie: it will be tough at first, but the results after are worth it. Trust me on this one!

Why should you try Muay Thai in Toowoomba?

Muay Thai is a form of martial arts that originated in Thailand but now has spread all over the world. It combines the use of your fists with your feet for attacking and defending yourself against an attacker. You won’t need much to start but some gloves and shin pads and you are ready to go. There are many benefits to starting up this sport, including getting fit while having fun at the same time.

Muay Thai fighters are often seen wearing shin guards, boxing gloves, headgear, hand wraps and groin protectors. The sport has been rapidly growing in popularity over the last few years because it’s not only an excellent workout but also provides self-defence skills to those who take up the sport. No matter what your fitness level or goals may be, there are many reasons why you should consider practising Muay Thai as part of your routine!

Aside from helping you get in shape, Muay Thai Toowoomba is also great for self-defence since it teaches you how to protect yourself if someone tries to hurt you. But don’t think that it is just for adults, because it definitely isn’t so. There are plenty of classes in Toowoomba that are specifically geared towards kids, so they can learn the same skills as their parents and be able to defend themselves, too.

If you’re interested in where to start, simply get in touch with us.

Muay Thai is a martial art that is practised by many people all over the world. It’s known for its mental strength, fast-paced movements and high energy levels.

As an athlete who practices Muay Thai in Toowoomba, you’ll experience firsthand how this sport can  helped you

The training sessions are tough but rewarding, as they push your body past its limits to help you achieve your fitness goals. You’ll not only improve your physical fitness level with Muay Thai, but you’ll also gain mental toughness. Not only can you get fit from practising Muay Thai, but you also learn self-defence skills which are handy to have in any situation. Try out a class today!